Remembering beloved Partnership board member, Cokie Roberts. A letter from Tom Bernstein, Chair, Partnership for Public Service Board of Directors. For more than a decade, I was fortunate enough to count Cokie Roberts as a board colleague and a friend. Serving on the Partnership’s Board of Directors since 2004, Cokie’s personal commitment to public service, and her appreciation for our nation’s civil servants, was evident throughout her involvement in our work.

For many years, Cokie participated in our board conversations about the Partnership’s unique, nonpartisan role in helping improve our government. She also served as an emcee at our annual Samuel J. Heyman Service to America Medals gala and skillfully facilitated events with federal executives, where she often reminded them of their outsized responsibility to lead effectively and restore public trust in our government institutions.

Cokie was quick to let us know when we were doing well, and when and how we could do better. She took time to send a congratulatory note when something went the Partnership’s way, or to encourage us to carry on when we faced difficult situations. She was a steady presence in our orbit, and it was clear she was deeply committed to ensuring we all have a government that is effective, trustworthy and capable of serving in the public interest.

In the most serious of board discussions, Cokie often brought levity by invoking a historical fact or simply acknowledging the absurdity of a government problem we were trying to address, such as helping a government desperate for high-quality talent that is stymied by its own archaic and inefficient federal hiring processes.

Cokie had many dedicated fans on our staff and board who would position themselves next to her hoping to talk to her on the side, whether about current events or their day-to-day lives. She often shared her own plans for trips with her beloved family and reminded us not to let such opportunities pass by due to a sense that work was more important.

To the public, Cokie was a national treasure whose books, articles and commentary reminded us of our rich, shared American history and educated us about the issues of the day. To me, she was a beloved colleague, friend and steadfast ally in the Partnership’s mission to foster a more effective government for the people. On behalf of all of us at the Partnership, we send deepest condolences to Cokie’s family, friends and loved ones. 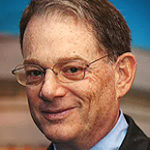