Leadership and Gender Differences in the Federal Government and Beyond

The Partnership for Public Service is a nonpartisan, nonprofit organization that works to revitalize the federal government by inspiring a new generation to serve and by transforming the way government works. The Partnership teams up with federal agencies and other stakeholders to make our government more effective and efficient.
Leadership and Gender Differences in the Federal Government and Beyond
Introduction
The gender gap is not a new problem
Leadership in context
Our approach to exploring these topics
Why is this important?
Table of Contents

Through its Public Service Leadership Institute, the Partnership for Public Service develops leaders, from aspiring supervisors and top-level senior executives to political appointees, who work to build a better government and a stronger democracy. In a world of complex problems, we need leaders who can spark innovation and drive systemic change, act as stewards of vital public resources, empower employee success and ensure that agencies meet the diverse needs of those they serve.

One of the important resources we use to strengthen leaders’ capabilities is the Public Service Leadership 360 assessment tool which helps leaders gain insights into their performance and evaluate themselves against the skills and competencies needed to lead in government. The tool has been used by almost 2,000 federal leaders to date.

After two years of data collection, we analyzed our 360 data and conducted interviews with federal leaders to better understand certain patterns in leadership experience. Specifically, we examined the differences and similarities between how women and men understand and experience their roles as public service leaders, and explored the intersections between race, ethnicity and gender in public service leadership.

Our goal in analyzing and interpreting this data is two-fold:

By providing these insights we contribute to the ongoing research and process of understanding why these gender gaps persist, to enable solutions that address the societal structures or barriers that contribute to these disparities.

The gender gap is not a new problem

Decades of research have demonstrated the workforce gender gap, both broadly and among leaders specifically. Researchers regularly report on the existence of gender gaps in all areas of work, and the problem has persisted for decades across all sectors.1

While recently progress has been made, women are still significantly underrepresented in leadership positions in all sectors around the world. This is especially true for women of color, who now account for only 4% of the C-suite level, or top-level corporate positions, in the U.S. despite making up 20.3 % percent of the country’s population.2,3,4

To achieve the Biden administration’s goal of building a federal workforce that reflects the diversity of the United States, it is critical to understand women’s experiences in government leadership roles.5 Leadership studies demonstrate that gender gaps in the workplace are not due to women leaders’ lack of ability. On the contrary, research from the corporate world shows that women outscore men in 17 of 19 capabilities that differentiate excellent leaders from average or poor ones.6 Our own research indicates the same tendency in public service leadership (see “Analysis of Federal Government Leadership Assessment Scores by Gender” to be published early September, 2022).

While gender disparities in leadership may exist for many reasons, a critical factor is that the concept of leadership has historically been grounded in specific conceptions of gender and race—with white men seen as the standard.7,8 Accepting an idea or image of leadership that does not include all individuals may result in implicit biases and organizational structures that make it challenging for women—and women of diverse racial and ethnic backgrounds more specifically—to advance their careers and become leaders.

Stereotypes about who leaders are and how they behave as well as preexisting leadership norms may be partially responsible for workplace gender differences. The “role congruity theory” proposes that actions and behaviors perceived as desirable for a leader must align with cultural beliefs about a specific group’s typical social role. The more congruence between the two, the more an individual is assessed as a competent leader. Due to gender stereotypes and cultural norms, attitudes toward women leaders are less positive than they are toward men, and it is more difficult for women to become leaders and to be perceived as successful in leadership roles.10,11,12,13 For example, women are often seen as warm, comforting and communal, which may be perceived as incompatible with stereotypical attributes of strong leaders, such as assertiveness and competence.6

Our approach to exploring these topics

We authored a series of briefs that focus on women’s experiences as public service leaders based on the values and competencies of our Public Service Leadership Model. The model highlights four key competencies for federal leaders to succeed in their roles: becoming self-aware, engaging others, leading change and achieving results. The model also includes two unique values that are core to government leadership: stewardship of public trust and commitment to public good.14

Overall, the briefs will:

To arrive at our findings, we analyzed data collected through the Public Service Leadership 360 assessment tool from December 2020 to April 15, 2022. This data included 15,327 sets of scores that rated leaders’ competencies and sub-competencies on a scale of one to seven (with one being low and seven being high) and answers to open-ended questions about leadership attributes for 1,123 federal employees.

Additionally, from April-June 2022, we conducted 13 research interviews with women in leadership positions at different federal agencies and organized a focus group with eight participants– all members of the Executive Women in Government organization.

Why is this important? Understanding the unique experiences of women in federal leadership positions will enable the Partnership and other organizations in the government effectiveness space to better tailor their support, resources and opportunities to their target audiences.  Such efforts are key to reducing leadership gaps based on gender or race and ethnicity. Furthermore, this work will provide additional data for the government to improve its support, resources and opportunities for women in public service.

Additionally, we will seek to understand if common perceptions, stereotypes, or definitions of leadership contribute to these gaps. This analysis will enable us to explore how and where existing social structures may continue to inhibit women leaders and leaders with diverse ethnic and racial backgrounds, and to make recommendations on how to change oppressive structures and patterns of thought and behavior.

The more we can use data to empower and support all leaders–actual and potential–in our federal government, the better it will serve the public and our country. 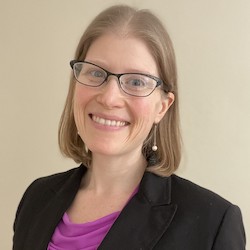 Emily Kalnicky oversees and advances efforts at the Partnership to understand and improve overall program effectiveness and mission achievement through monitoring and evaluation data. Her appreciation of the importance of using data to support decisions and improve effectiveness has spanned her career in nonprofits, academia, and government agencies. Kalnicky holds a Ph.D. in Ecology and has led behavioral research and evaluation studies across the globe. Emily’s favorite public servants are EPA scientists and staff committed to using data and a lens to environmental justice to serve the mission to protect human health and the environment for all. Nadzeya Shutava works on several of the Partnership’s research projects, including the improvement of customer experience with federal services, leadership in government, as well as public opinion and government. She holds a Ph.D. in Social Sciences with a focus on political science, ethnography and social anthropology from the University of Tsukuba in Japan. Nadzeya is passionate about bringing academic research and public service practice closer together and believes in the potential of evidence-based policy making. Her favorite public servant is Alexandria Ocasio-Cortez, who inspires Nadzeya with her charisma and relatability, both skillfully amplified through social media, and her talent of effectively communicating complex issues to broad audiences.