Jim VandeHei
Close
Back to All Staff

Jim VandeHei is a co-founder and CEO of Axios, a media company focused on breaking news and invaluable insights across politics, tech, business, media and the world. Axios was created to help readers and viewers get smarter, faster across the topics reshaping our country and lives. As CEO, VandeHei has steered Axios into becoming one of the most celebrated digital media success stories of the past few years. VandeHei also serves as executive producer on “Axios on HBO.”

Before Axios, VandeHei co-founded and was CEO of POLITICO, the media company that upended and revolutionized political and policy journalism in Washington, New York and Europe. Overseeing both the editorial and business teams, VandeHei was the leading strategist behind its highly scalable and highly successful business model.

VandeHei spent more than a decade as a reporter, covering the ins and outs of Washington politics and power working at legacy publications such asRoll Call, The Wall Street Journal and The Washington Post.

In 2017, Vanity Fair named VandeHei to its “New Establishment List,” the magazine’s annual compilation of industry titans, and Entrepreneur magazine named him one of the year’s “50 Most Daring Entrepreneurs.” Vanity Fair also formerly listed him among the 100 most powerful “Information Age” thinkers for helping to create “the model for the new media success story.” In 2015, VandeHei was named Editor of the Year by the National Press Foundation for his work at POLITICO. VandeHei was also selected as the first representative of a primarily online news organization to serve on the Pulitzer Board. He has moderated two presidential debates.

VandeHei has a bachelor’s degree from the University of Wisconsin-Oshkosh. 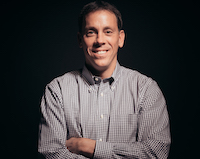