More than 75,000 people voted and the results are in. Treasury Department employees Lorraine Cole and Corvelli A. McDaniel are the winners of the 2020 Service to America Medals People’s Choice award.

Under the leadership of Cole, chief diversity and inclusion officer, and McDaniel, assistant commissioner of revenue collections management, the department launched the Treasury’s Bank Mentor-Protégé Program—which helps small and minority-owned banks grow and earn revenue by establishing mentor relationships with the largest U.S. commercials banks. Through this innovative program, small and minority-owned institutions receive management and technical assistance to better address the needs of the low- and moderate-income communities they serve.

“Small banks play a significant role in the strength of our economic ecosystem,” said Treasury Deputy Secretary Justin Muzinich. “In particular, they are important for their longstanding relationships in their local community. For local communities, access to financial services, loans and bank expertise are essential to daily life and economic stability,” he added.

“I am proud of the great work Corvelli McDaniel and Lorraine Cole have accomplished with the Treasury’s Bank Mentor-Protégé Program, and I hope that the program will continue to grow and lead to long lasting partnerships,” Muzinich said.

A commitment to serving the public

Both Cole and McDaniel have dedicated their careers to public service. Cole spent nearly 20 years in chief executive roles in the nonprofit sector, followed by a decade of service in the federal government, including her current position. McDaniel served in the U.S. Army as an intelligence officer and counterintelligence special agent before joining Treasury.

Their selfless service is evident in conversations about government and implementation of the Mentor-Protégé Program.

“The best part of being a public servant is that I have the opportunity to represent citizens inside [the government] and utilize my knowledge, skills and abilities to continuously advance government forward,” McDaniel said.

Cole said, “The real heroes of this story are the banks – the large banks for so enthusiastically stepping up to serve as mentors in this program and the small and minority-owned banks that are vital pillars of economic support for small businesses and families in their communities.”

Minority-owned and community banks have played a significant role in supporting recent economic stimulus actions such as the Paycheck Protection Program, which provides loans designed to help small businesses keep their workforces employed during the pandemic.

As of July 24, 2020, 171 lenders in the Paycheck Protection Program were minority depository institutions. These institutions had approved over 120,000 loans that provided more than $10 billion to small businesses, according to a Small Business Administration report.

Some mentors in the Mentor-Protégé Program are expanding their roles by providing additional support to small institutions during the pandemic. In May, Citi, the first mentor in the Treasury’s program, announced it would assume up to $50 million in Paycheck Protection Program loans from minority-owned lenders.

The aim of the Bank Mentor-Protégé Program was to “increase the capacity of protégé banks to ultimately support the Treasury’s business activities as financial agents,” Cole said. “But their critical role during the COVID-19 crisis has been more than we originally envisioned and far beyond what we could have ever imagined.”

Read more about the work that led McDaniel and Cole’s People’s Choice award win on the Service to America Medals website.

Learn more about the 2020 Sammies finalists on our blog: 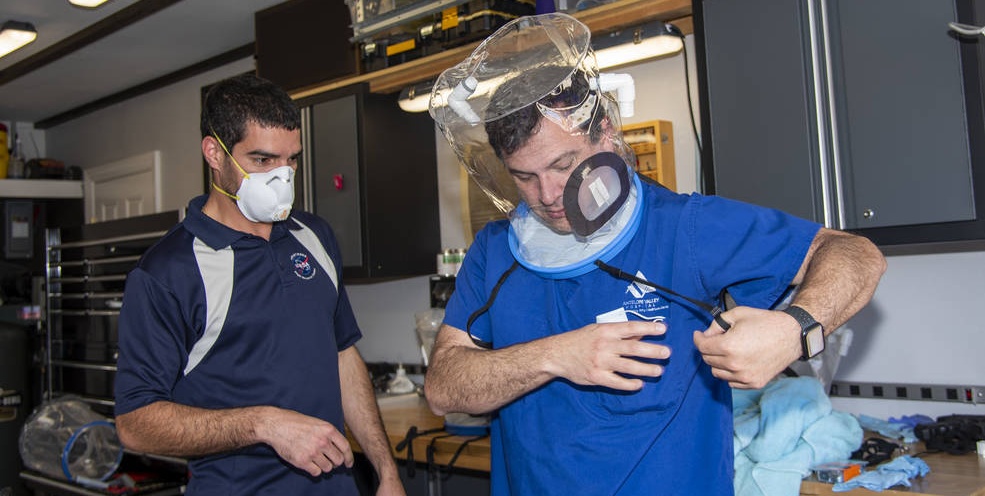